From Australian Traditional Music People
Jump to navigationJump to search 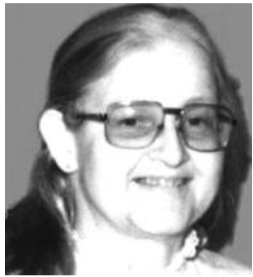 June Nichols, a native of the Bahamas, entered the folk scene when she was still at high school. June and her class mates formed a folk group, then entered a talent concert held at her school. From there she was introduced to the Ballads and Blues Society; (Folk Club) by her Irish Art master and his wife. The Folk Club ran once a month and was hosted by a different member each time. Later she met Don, her Husband-to-be, at one of the folk club meetings. They began singing together and subsequently were married. Together they ended up running the Folk Club in Nassau until they left the Bahamas to emigrate to Australia.

They arrived in Sydney just before Christmas 1971 and spent a few weeks touring New South Wales and Victoria, before arriving in Brisbane on the 18th Jan 1972. While down south they had been told that there was no folk music in Queensland, only Country and Western. Luckily for them they spotted an add for a folk concert at City Hall and they raced down to attend. They became regular folk club goers. June passed away in early 2006 leaving a legacy of energy and enthusiasm for folk in Southern Queensland.

You can search for tunes referring to June Nichols.